The first time I visited the oldest city in the United States, I thought it was lovely and I knew I would return. And I’ve been back! I returned for professional reasons and I have a special regard for that city, full of “first” and “the oldest”. On that first visit, however, I did not think there were particularly many good options to eat in the historic district. There is a Spanish restaurant, Columbia, on St. George Street itself, founded by a Cuban immigrant in 1905, who has been there ever since; I think it was the best known at that time. The other very busy restaurant was Harry’s Seafood Bar & Grille, on Menéndez Avenue, known for its good seafood and also for the supposed ghost that scares diners on the second floor. 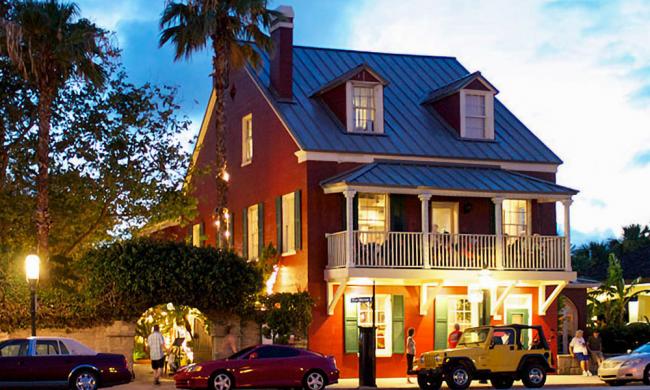 And here, I will pause in a brief parenthesis to tell you about Catalina. The original building of Harry’s was built sometime around 1745 according to the records of the St. Augustine’s Historical Society. The documents indicate that it was the home of Juana and Francisco de Porras and their nine children. One of her youngest daughters, Catalina, is the one supposedly responsible for the ghostly pranks that are felt at the restaurant, or at least some of them. When she was about eighteen years old, she married Xavier Ponce de León and in 1783, when the Spaniards recovered Florida from the British, Catalina and her husband returned to St. Augustine. She discovered that the house where he had spent the first ten years of his life had been used by the British as a storage barn. Catalina and her husband asked the governor to return the house and thus, they recovered the property in 1789, but she would not enjoy it for long. Catalina died in 1795. Not much is known about the house until 1887 when it was destroyed by the great fire that swept away a portion of St. Augustine. It was rebuilt in 1888 based on drawings from 1880. The house was built on its original foundation, according to the look it had when Catalina lived there, but the same types of materials were not used; the new house used concrete for the walls. It is difficult to say how many people have lived in this house before it became a restaurant, but all those who have been associated with the place have reported strange events, particularly in the ladies’ bathroom on the second floor, where Catalina’s bedroom was. Many customers have reported feeling a strange presence in the place and some believe it is Catalina. Harry’s has expanded over the years and remains one of the most frequented restaurants in the city.

A culinary universe in permanent growth

Let’s get back to our times. St. Augustine’s gastronomic scene has grown a lot, as well as the mixology scene. Although this last trend may have taken a while to arrive in the city compared to others, they are making such interesting craft drinks, with original recipes from the restaurants. To continue reinforcing support to both locals and visitors to consume local, the St. Augustine Independent Restaurant Association (SAiRA). SAiRA celebrates Restaurant Week in the month of October and offers different lunch and dinner alternatives at participating restaurants. Also, since 2009, a Food & Wine Festival is being held in the city. The expected culinary event raises funds for different charities. Event attendees are greeted at the entrance with a beautiful commemorative wine glass. Then you can walk around where your palate takes you: appetizers, main courses, salads or desserts. This is the place where SAiRA restaurants shine and serve their best dishes to the delight of diners. With food selections from the best independent local restaurants in the city and more than 100 wines from around the world, this is an event to include in our gastronomic calendars.

On this visit, I had the opportunity to visit Catch 27, located in the heart of the historic center (Charlotte Street), it has a menu that changes seasonally, specializes in seafood and local fish, small, with a spectacular house ceviche, a menu of very original house drinks even in their names (I drank an Empire Sour, with rum, lemon, cane, and red wine, among other ingredients; choose between a Tina Louisse, a Girl from Ipanema, with a base of cachaça or a Below Deck, among others). Catch 27 brings in its products from local farms and artisans as much as possible, such as Congaree and Penn Farm, Fresh From Florida, Hot Shot Bakery, Veggie Confetti, among others. The service is personal, excellent and the atmosphere cozy.

Michael’s Tasting Room is another gem, located on charming Cuna Street, its owner, Chef Michael, was born in Puerto Rico, and has given a Spanish twist to his international food dishes. Michael’s Tasting Room has an atmosphere of casual elegance, a fabulous selection of wines and some perfect dishes to share and taste as much as you can, tapas-style. Chef Michael has been recognized as one of St. Augustine’s best chefs on several occasions.

On Menéndez Avenue, in front of Matanzas Bay, I could also appreciate the great Irish influence that exists in the city, at Meehan’s Irish Pub & Seafood House, which is one of several Irish restaurants and bars in the city. At Meehan’s the food is a mix of Latin and Irish influences that are a real treat. They also bring in fresh oysters of the day, which you can enjoy on the fantastic balcony on the second floor overlooking the bay. 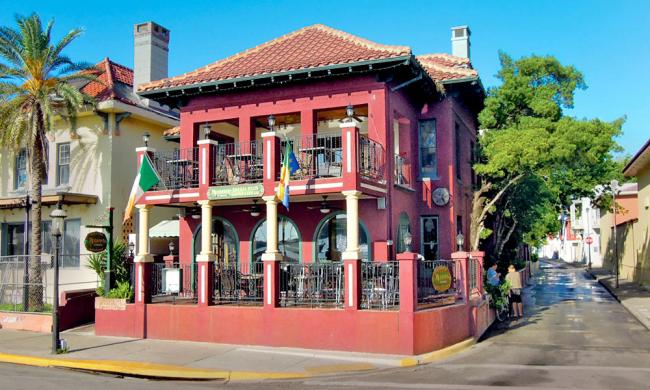 Some of the other bars that you can try in St. Augustine to enjoy this resurgence of artisan cocktails are The Tini Martini, Ice Plant Bar, Auggie’s Draft, Horse Tavern and Ancient City Brewing Tap Room. You can also take advantage of free tours of the San Sebastian Winery or the St. Augustine Distillery, where you can make wine and enjoy beer tastings. And leave room for dessert!

Fruit popsicles are in vogue, as in other cities and The Hyppo Gourmet Ice Pops are the most sought after now. With several locations in the historic center, Hyppo offers an authentic and rare culinary experience. Elaborating each product with integrity and served with a unique combination of charm and fantasy, they use only natural products, have combined up to 450 flavors, using only the freshest fruits. The only time the fruit freezes is when it becomes a popsicle. Instantly frozen with freshness. Flavors also change as the seasons change. With the strawberry season here in Florida, summer watermelons and pumpkin pie in the fall, they keep changing all year. 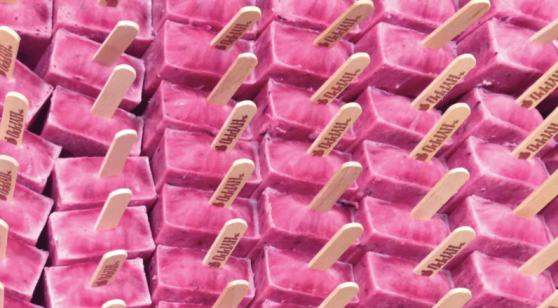 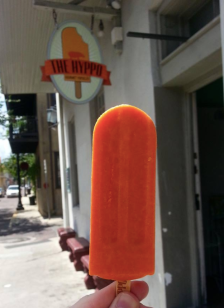 My favorites were the Whetstone chocolates on St. George Street, but now I discovered that you can take a tour, at the Whetstone Chocolate Tasting Tours (King Street), where you can taste these fine delicacies. The same family has operated the chocolate shop for the past 40 years. This family business continues to offer delicious handmade chocolates and other goodies, including their original crocodiles and chocolate dolphins.

Visit also one of the town’s Le Macaron locations and enjoy some French delights; stop by Cousteau’s Waffle and Milkshake Bar, among many other options.

Besides being an excellent family destination for history lovers (like me!), now St. Augustine has become a culinary destination of the very best quality. Come and see for yourself. And many of the restaurants are pet-friendly.

*Thanks to the St. George Inn for a wonderful stay, complimentary breakfast and all sorts of niceness! Located perfectly at 4 St. George Street. More info: https://www.stgeorge-inn.com/